The International Energy Agency (IEA) released its World Energy Outlook 2019 this November. This is a key publication wherein the IEA uses comprehensive analysis to forecast future energy production and consumption, with a focus on the reliability, affordability and sustainability of energy around the world.

Based on its Stated Policies Scenario which incorporates current policy intentions and targets, including those created by governments to address climate change, here are five key takeaways from this year’s report:

World primary energy demand will grow 24 per cent in the period spanning 2018 to 2040, rising by almost one per cent annually throughout that period. Growth in the production of most energy sources—including oil and natural gas—is required to meet this growing demand.

Low-carbon sources, led by solar photovoltaics (PV), supply more than half of this growth, and natural gas, boosted by rising trade in liquefied natural gas (LNG), accounts for another third.

2. Oil continues to play a key role in the energy mix

Energy demand for oil will increase 9.3 per cent to 2040 and make up 28 per cent of total energy consumed. Meanwhile, total share of demand for renewables is projected to rise to 18% by 2040.

Despite a flattening of China’s oil demand in the 2030s, the region will soon be the world’s largest importer of oil and remain so into 2040. India’s oil import requirements will more than double between 2018 and 2040 as its level of import dependency reaches 90%.

Globally, natural gas demand will increase nearly 36 per cent and make up 25 per cent of total energy consumed. Demand for natural gas has been growing especially fast as a fuel for industry and (in China) for residential consumers, spurring a worldwide wave of investment in new LNG supply and pipeline connections.

The IEA also notes that gas grids provide a crucial mechanism to bring energy to consumers, typically delivering more energy than electricity networks and providing a valuable source of flexibility.

Developing countries are the main regions of global growth – India being the largest source of demand growth to 2040 while China remains the largest absolute consumer of energy. China, the U.S. and India account for 70 per cent of total energy demand growth in the forecast.

Meanwhile, the rise in Africa’s oil consumption to 2040 is larger than that of China, while the continent also sees a major expansion in natural gas use. More than half a billion people will be added to Africa’s urban population by 2040.

5. Energy security remains out of reach for many

According to the IEA, almost one billion people around the world still do not have access to electricity.

Can we break the link between oil production and GHGs?

“One of the greatest achievements in the history of energy”

Based on these findings, there is a tremendous opportunity for Canada to supply affordable, reliable and responsible energy to the world, provided pipelines and other infrastructure can be built to reach overseas markets. As well, Canada can contribute to lowering global greenhouse gas emissions through Canadian LNG, which is significantly less carbon intense than coal when used to generate electricity, and less carbon intense than LNG produced in many other countries. 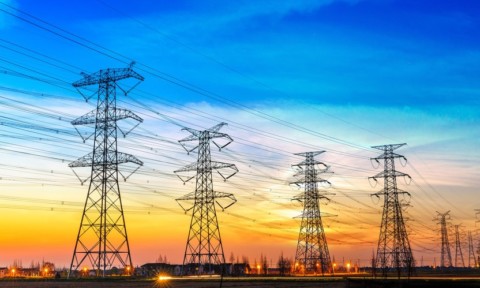