Energy East: Everything you need to know

What is Energy East?

Energy East was a proposal by TransCanada Corporation (now TC Energy) to build a 4,500 kilometre pipeline that would transport 1.1 million barrels of oil per day from Alberta and Saskatchewan to refineries in Eastern Canada and an export terminal in New Brunswick. TransCanada would take advantage of 3,000 kilometres of existing pipeline by converting the underutilized Mainline pipeline from gas to oil, and connecting it to a new section of pipeline built through a small section of southeastern Ontario, Quebec and New Brunswick.

The Energy East pipeline would deliver substantial economic benefits to Canadians in all parts of the country, while creating thousands of new jobs.

You may find it unexpected that Canada, with the third-largest oil reserves in the world, imports hundreds of thousands of barrels of oil into Eastern Canada. In fact, Canadians in Ontario, Atlantic Canada and Quebec spent $18 billion in 2018 to import oil from countries like Saudi Arabia, Algeria, the United States and Nigeria.

During the development, construction and first 20 years of operations, Energy East would generate: 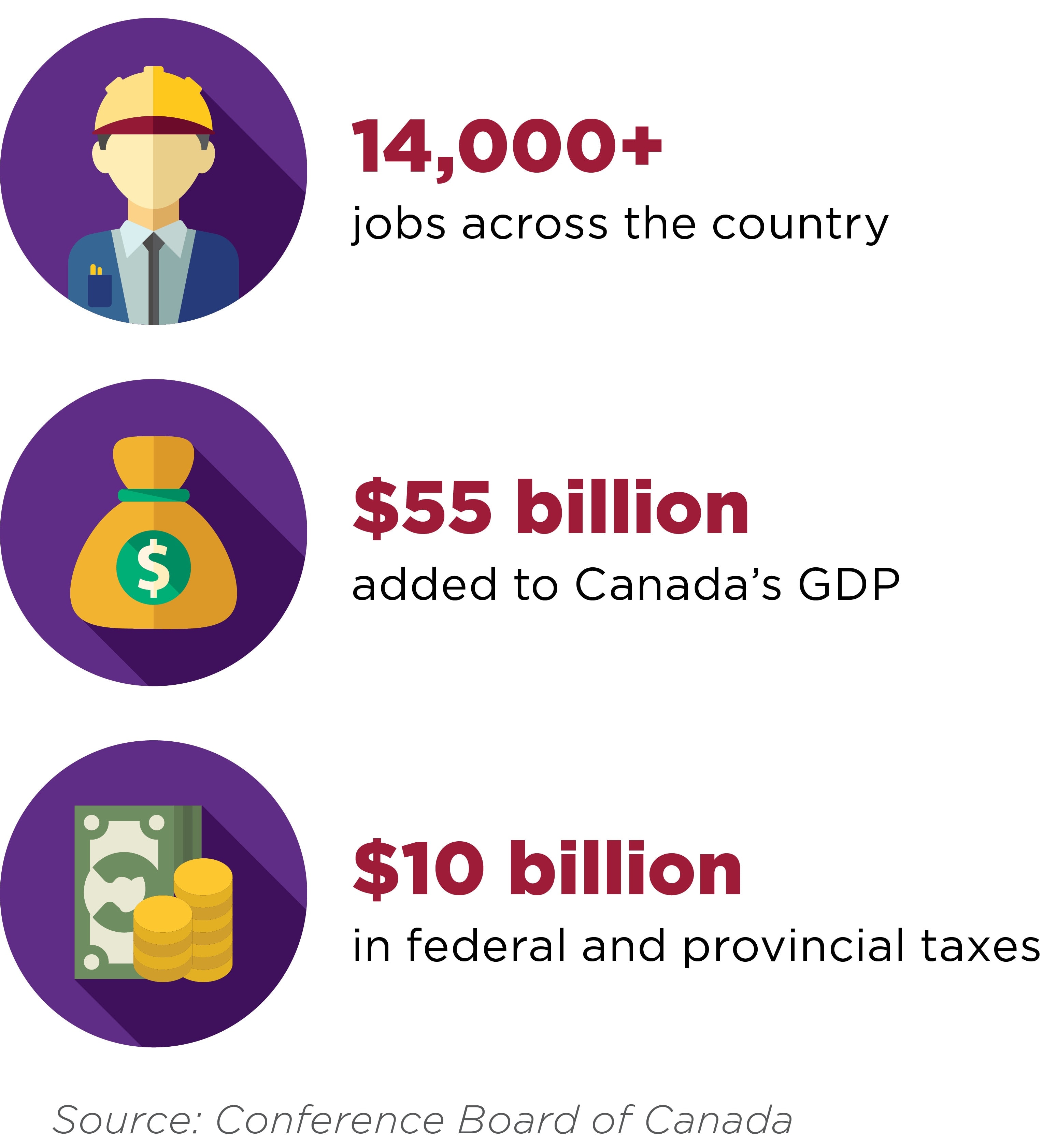 Why not use Canadian oil? Well, currently, there is no continuous west-to-east pipeline that can carry large quantities of Western Canadian oil to refineries in Eastern Canada. This is a situation that Energy East would correct.

In addition to its potential to help displace foreign oil from Canadian markets, Energy East would deliver oil to a marine terminal in Saint John, New Brunswick, for export to overseas markets—including to Asia, Africa and South America. This would help Canadian oil producers diversify their markets and get typically higher international prices for their oil.

Unfortunately, Energy East was cancelled by TransCanada in 2017. Among the reasons were market conditions and regulatory uncertainty. However, the need for a nation-building east-west Canadian pipeline project like Energy East remains. 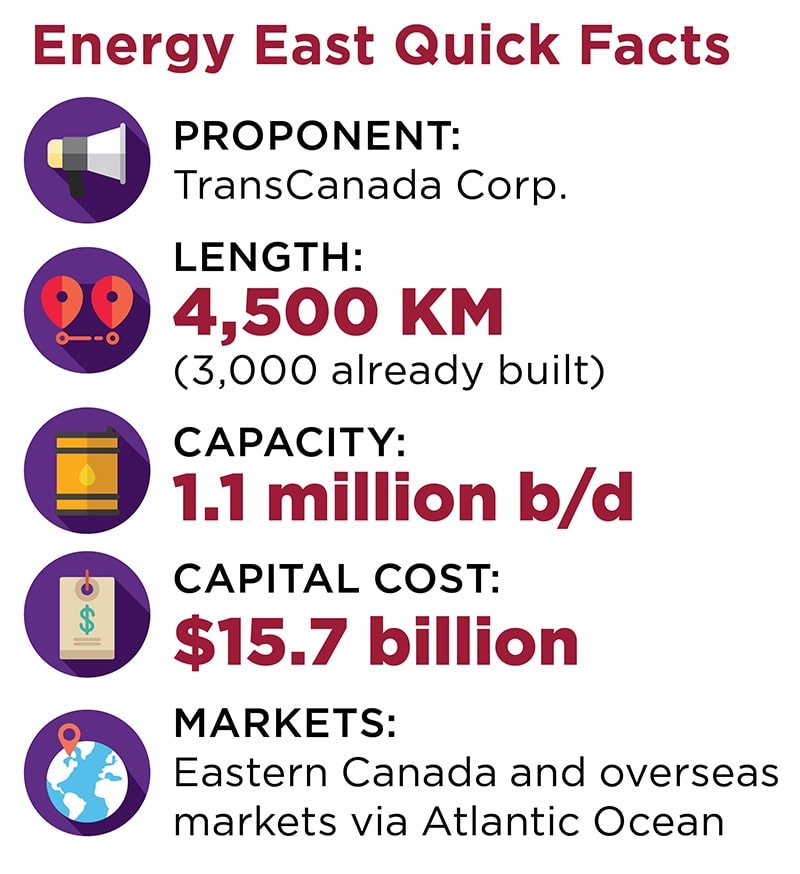