Dr. Helen Zhang is a researcher at Memorial University who is researching the use of oil-eating bacteria to make greener offshore dispersants.

Dr. Zhang is an associate professor at Memorial University in Newfoundland and Labrador. A member of their civil engineering department, she has focused her research on the development of environmental technologies for sustainable development of natural resources in ocean and harsh environments.

While marine oil spills are rare, spill mitigation and clean-up can be challenging. Physical methods of collecting the oil on the surface using booms and absorbent sweeps are effective in relatively calm waters. Dispersants—compounds that break an oil slick into dispersed droplets— can be effective under harsh wind and wave conditions such as frequently exist in the north Atlantic Ocean off Canada’s East Coast. Novel, environmentally friendly and cost-effective dispersants which can be applied in the region are thus needed.

Dr. Zhang and her team of researchers at Memorial University recently completed a study that explores the possibility that bacteria could be used to create compounds called biosurfactants. These biologically produced compounds could be used to generate bio-dispersants in case of an oil spill. By isolating biosurfactant-producing bacteria from the north Atlantic Ocean, Dr. Zhang increased the likelihood that the green bio-dispersants created would be highly biodegradable via indigenous bacteria, and effective under cold-water conditions.

“As a researcher, I’m always trying to look forward to the next generation technologies. Innovation is my first concern.”

Over the course of a three-year study, co-funded by Newfoundland and Labrador’s Research Development Corporation (RDC) and the industry supported Petroleum Research Newfoundland and Labrador (PRNL), Dr. Zhang and her team tested thousands of different strains of bacteria. She was able to narrow her focus to five strains of bacteria capable of producing biosurfactants. She then explored how process optimization and genetic enhancements could be used to increase biosurfactant yield and effectiveness.

“The bacterial strains we isolated and the associated bio-dispersants work pretty well,” concluded Dr. Zhang, though with the proviso that further testing is needed to ensure the technology can be scaled up to work on a commercial scale.

Thoughts on Innovation and the Environment:

Dr. Zhang earned her Bachelor and Masters degrees from the renowned Jilin University in China. She came to Canada in 2001, completing a doctoral degree in environmental systems engineering from the University of Regina. She joined Memorial University in 2010 and received early tenure in 2015.

An expert in the area of biotechnology, Zhang notes, “I’m personally very interested in biotechnologies: they can be very environmentally friendly, particularly when applied to waste management issues related to resource development.”

”As a researcher, I’m always trying to look forward to the next generation technologies. Innovation is my first concern,” says Dr. Zhang. 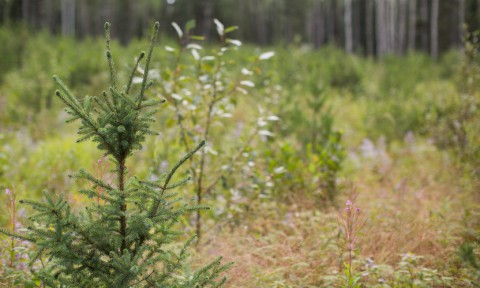