The 2017 Global Energy Pulse survey, a first of its kind, studies global perceptions of energy production and use. It found that Canada topped a list of 11 oil and natural gas producing countries as the place people around the world preferred importing their oil and natural gas from.

“In a world increasingly uncertain, now more than ever, people around the globe want more from Canada.”

The top five countries with the greatest interest in importing Canadian oil and natural gas:

“The majority agree Canadian oil and natural gas imports are preferred over any other producing nation’s natural resources,” says Jeff Gaulin, vice-president of the Canadian Association of Petroleum Producers (CAPP).

More than 22,000 people in 32 countries spanning the globe participated in the survey, which examined issues ranging from general opinions of the oil and natural gas industry, to perceptions of Canada as a producer. It was conducted by Ipsos on behalf of CAPP.

Gaulin notes that the survey results affirm that Canada has an important export opportunity—with many people around the world recognizing our nation as a stable, reliable and environmentally responsible energy producer. To take advantage of this opportunity, Canada needs to build the pipelines and marine transportation terminals needed to deliver our products to overseas markets.

While Canada was at the top of the list, there was also a large group—54 percent—of respondents who were neutral or admitted they didn’t know enough about Canada’s industry to make an informed decision.

“This demonstrates a great opportunity for Canada to share its energy story more broadly,” says Darrell Bricker, CEO of Global Ipsos Public Affairs and one of the report authors. “While many see Canada as an energy leader, there’s also many people who simply don’t know us very well.”

The survey also asked Canadians about their own perceptions of Canadian oil and natural gas. A key finding was that 68 per cent of Canadians agree that Canada should use its own resources to meet domestic energy demand, versus importing oil from other nations. Canada has some of the largest oil and natural gas reserves in the world—despite this, Canada imported 609,000 barrels per day of oil into Atlantic Canada, Ontario and Quebec in 2016. We also import about 1.7 billion cubic feet of natural gas a day from the United States. 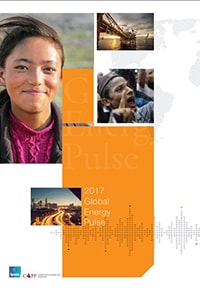 Read the full report at GlobalEnergyPulse.ca.

Of the people surveyed globally, most were like Canadians, showing a preference for using oil and natural gas produced in their own country versus importing it from elsewhere. As well, more than half believed oil and natural gas made their lives better. The industry was seen as having a positive economic impact on communities and supporting socioeconomic development.

“It is easy for Canadians to believe the naysayers who claim the world does not want Canadian energy—but it’s not true,” says Gaulin. “In a world increasingly uncertain, now more than ever, people around the globe want more from Canada.”

“The story of innovation in Canada’s oil and gas sector is emerging,” adds Gaulin, “and the world is open to hearing more. It’s time for us to share the story of how we’re producing some of the most sustainable and environmentally responsible oil and natural gas on the planet,” says Gaulin.