CAPP economic report finds Canada has fallen behind in global competition for oil and gas investment, offers vision for jobs and prosperity.

Rising government costs, the burden of inefficient regulations, and the lack of infrastructure to move Canadian energy to growing markets are all undermining investor confidence in Canada. That’s according to a just release report by the Canadian Association of Petroleum Producers (CAPP) called A Global Vision for Canadian Oil and Natural Gas.

“Across Canada, government costs and regulatory barriers are on the rise,” says CAPP president and CEO Tim McMillan. “Canada is falling behind other countries in attracting oil and natural gas investment.”

“In Canada we need pipelines – not barricades – to supply the world with more Canadian energy.”

The report finds that around the world, capital investment in the oil and natural gas sector increased globally in 2017, but was down in Canada.

“Falling investment makes it harder to grow our industry and create and support jobs for Canadians,” notes McMillan. “Energy jobs and investment will leave Canada for other countries unless there are changes to encourage growth the industry can build on.”

Canada's competitiveness at stake: Investment in oil and gas is falling in Canada even as it rises elsewhere around the world. 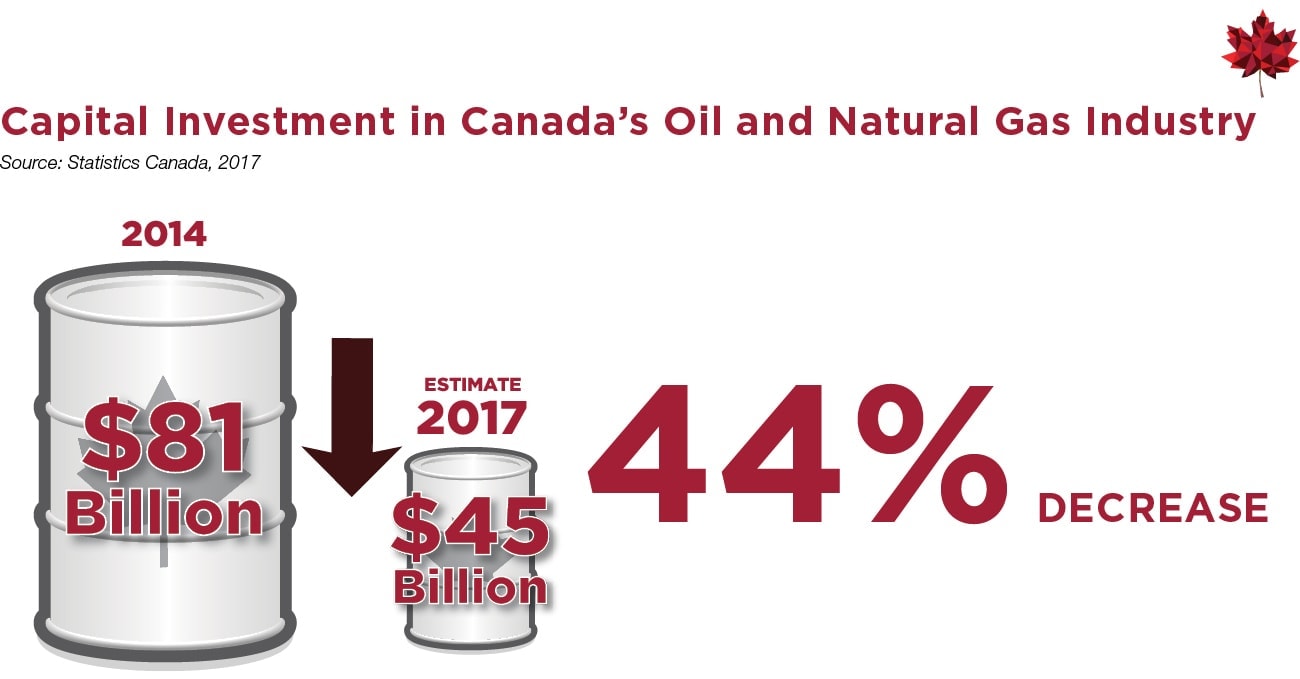 CAPP’s report notes that capital investment in Canada’s energy sector generates economic activity across the country, spurring job creation and growth for all levels of government – including about $19 billion in annual government revenues and 640,000 jobs across the nation in 2015.

CAPP notes that in combination with Canada’s world-class energy resources, rising global energy demand represents an opportunity for Canada to become a sustainable supplier of choice—provided it can overcome its competitiveness challenges.

The CAPP economic report—which is the first in a series scheduled for release throughout 2018—establishes a 4-part vision for an oil and natural gas sector that can thrive in a lower-carbon economy:

“We want to see governments at all levels take real steps to attract investment, create jobs and build prosperity across the country.”

“In Canada we need pipelines—not barricades—to supply the world with more Canadian energy,” says McMillan. “Also, we operate in one of the world’s most stringent operating environments. It’s important that we have a robust regulatory framework that meets environmental goals, but not one that creates additional costs, delays and inefficiencies.”

“We want to see governments at all levels take real steps to attract investment, create jobs and build prosperity across the country.”

Not only do investments in oil and natural gas spur economic growth and provide broad-based prosperity for Canada, they supported and created more than 520,000 direct and indirect jobs across the country in 2019. Prior to the effects of the recent downturn, the industry supported 640,000 jobs (2015). The majority of jobs were in Alberta but more than 60,000 jobs were supported in Ontario, demonstrating how the oil and natural gas sector relies upon and supports other Canadian industries such as manufacturing, technology and transportation to complete and operate energy projects. 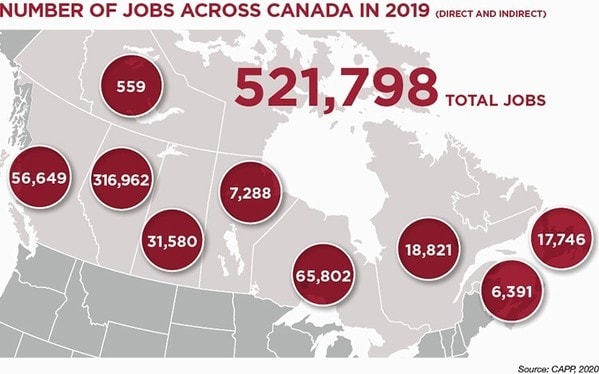