You’ve seen them: First Nations pipeline protests are a regular feature on news networks across the country. Recently, the Unist’ot’en tribe, located near Smithers, BC, put up a blockade to impede progress on the Coastal Gaslink pipeline. The blockade led to police intervention and arrests in an incident that was widely publicized throughout Canada as an example of First Nations being victimized by energy companies.

But while it might be easy to assume that First Nations groups universally oppose pipelines and similar energy projects, the reality is more complicated. In fact, all twenty bands directly affected by Coastal Gaslink have signed off on the project, and local bands have also signed off on the Pacific Trail Pipeline and the Kitimat LNG facility. Joe Bevan is chief of the Kitselas, a First Nation whose reserves and territory are located in northwestern B.C. He characterizes the dominant media narrative as “very misconstrued” and says that, like any Canadians, First Nations possess a wide spectrum of opinions:

Kitselas is a First Nation of approximately 700 people whose traditional territory is located in northwest British Columbia. Their reserves and territory surround the City of Terrace and the Skeena River. Kitselas means ‘people of the Canyon’ in the Tsimshian language of Sm’algyax.

“The way the media portrays First Nations is that we’re all in the same boat. [But] we all have our own thoughts on what it’s going to take to move our nations forward. Let’s talk to the First Nations who are in support of these projects, who are going to benefit. With any project, it’s just human nature, not everybody’s going to agree. There’s a long history in Canada of sending the wrong message about First Nations.”

In fact, many bands support development and want more of it. TransCanada, the company behind Coastal GasLink, has already awarded more than $600 million in contracts to Indigenous businesses, and expect to award more than $1 billion by the conclusion of the project. A 2017 report by the First Nations LNG Alliance found many Indigenous groups were eager to push through stalled projects in order to reap the benefits that had already been agreed to.

“Many Indigenous communities have come to terms with the oil and gas industry. Our Nations have invested wisely in the sector and are willing to invest even more. When pipeline opponents use the courts to slow or stop pipelines, they undermine our businesses, eliminate jobs in our communities and reduce the amount of money flowing to our governments.”

Understanding why some nations have yet to bridge the gap with energy companies requires a basic understanding of First Nations cultures. Different bands and their leaders may have differing priorities, opinions and beliefs.

“The way the media portrays First Nations is that we’re all in the same boat. [But] we all have our own thoughts on what it’s going to take to move our nations forward.”

As well, according to Bevan, some energy companies also still have work to do. But after many years in wilderness, he says that most understand that the way to move forward is with First Nations, rather than in spite of them.

Many energy companies are now making a proactive approach to working with First Nations. Coastal Gaslink’s Aboriginal consultation reports are readily available online. Enbridge recently released a discussion paper outlining their overall First Nations strategy and requesting input from First Nations on what they could be doing better. And the FN LNG Alliance report cited the Pacific Trail Pipeline and Squamish’s Woodfibre LNG as banner examples of First Nations and LNG companies working together.

The little company that could: A perspective on industry and Indigenous engagement

But most important to Bevan are the benefits that the infusion of LNG projects in the Terrace/Kitimat area will bring to his people, the Kitselas.

“[What’s important are the] benefits to the community – not to your chief and council, but to the community… [These agreements have] worked out really well for a lot of First Nations…with some of the revenue and benefits that are coming, you have to now start thinking about wealth management,” says Bevan. “What are we going to do 10 years from now when we’re sitting on a couple of million dollars? And what I said to my people was we take this money and we leverage more businesses and we start getting you guys to work.” 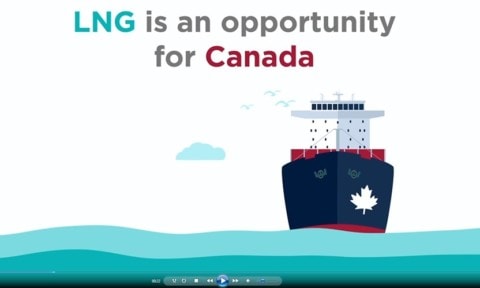