Growing up in rural Saskatchewan, Anne Naeth’s family lived without electricity until her father wired the house and installed a diesel generator. That experience among others taught Naeth to think about and always ask questions about energy.

“I grew up on a little farm in Saskatchewan so I’ve always been motivated to have the kind of life and energy system that you want but without doing harm to the environment,” Naeth says.

“It’s essential that, at this institution, we do not shy away from the hard questions related to energy’s impact on our lives, and the possibilities for energy in our future.”

Asking questions about energy and environmental impacts is something she and other researchers are bringing to FES, a $75-million initiative funded by the Canada First Research Excellence Fund. FES is the university’s largest research program.

“It’s essential that, at this institution, we do not shy away from the hard questions related to energy’s impact on our lives, and the possibilities for energy in our future,” says Naeth, a professor in the Department of Renewable Resources, who took over the lead of FES in 2018.

The future of energy

Under FES, more than 135 researchers and over 650 graduate students are exploring a full range of energy system approaches—everything from finding new ways to produce oil and natural gas responsibly, to harnessing renewable energy efficiently, to taking a broad look at how new energy technologies will shape our world.

Taking a comprehensive look at the future of energy is a fitting ambition for the 112-year-old institution in Edmonton. After all, energy has been a big part of research at the university, ever since Karl Clark discovered a hot water process to separate bitumen from the oil sands. Over the years, it’s developed and expanded its research strengths in areas such as oil sands extraction and delivery, engineering, earth sciences and the development of new energy sources.

The FES program aims to build on this tradition of energy innovation.

Take, for example, Hongbo Zeng, one of a number of FES scientists working to improve hydrocarbon production.

Zeng, who holds the Canada Research Chair in Intermolecular Forces and Interfacial Science, is investigating the issue of fine particles left in bitumen after non-aqueous extraction. The particles can cause operational problems in downstream refining. Zeng and his team are hoping to customize different polymers that can attract and remove the particles.

“If we can understand the mechanism behind these particles, we can develop sustainable ways to separate them and make bitumen cleaner,” Zeng says.  Results of this work could improve product quality, lower operating costs and drive down energy intensity in refining.

Elsewhere, a group of engineering students are continuing work that began under the late Dr. Pedram Mousavi—who was tragically a passenger on Ukrainian International Airlines flight 752—to develop low-cost wireless smart sensors that can report even small environmental changes in the reservoir. This could provide an important breakthrough for oil sands producers, helping them to monitor steam-assisted gravity drainage (SAGD) production wells more efficiently and effectively.

Another team has discovered that the proteins found in ground chicken feathers could help remediate oil sands process water. And others are designing modifications to oil pipelines that improve product flow while lowering energy use and greenhouse gas (GHG) emissions.

Read more about these FES projects:

“We are in a serious energy transition. But our society has built on the use of hydrocarbons for decades, and we can’t close this door immediately. So, it’s important we look at ways to make hydrocarbon production more efficient, more environmentally friendly, at the same time we explore other energy systems we could adopt,” she says.

“It’s important we look at ways to make hydrocarbon production more efficient, more environmentally friendly, at the same time we explore other energy systems we could adopt.”

One project, for instance, involves working with Razor Energy, a junior oil and natural gas producer, to build a hybrid geothermal power plant at an oil and natural gas battery in Swan Hills, Alberta. Engineering work is under way to build the pilot project, which combines renewable heat to power technology with natural gas-fired generation on site. When commissioned in 2020, the plant will deliver about 21 megawatts of clean power to the grid.

Altogether, there are more than 100 FES projects at different stages of development. A lot of activity is under way. Tying it all together is a commitment by university researchers to spark new ideas to produce energy more sustainably and efficiently.

Part of a larger effort

To deliver this work, FES is bringing researchers from different disciplines together to share ideas. Mechanical engineers, for instance, are talking to land reclamation scientists about how to reduce environmental impacts. Mining engineers are working closely with political scientists to create better community consultation processes for projects. FES also trains its graduate students in skills such as communications to ensure they can make their advanced research more accessible to non-academics in industry, government and the public.

It’s this kind of open, collaborative approach that Naeth and other FES organizers hope to extend to engage external partners.

Already the institution is working closely with the University of Calgary, which also received $75 million in 2016 for a similarly ambitious program: the Global Research Initiative in Sustainable Low Carbon Unconventional Resources. Both universities have been tasked with conducting breakthrough energy research and are partnering on joint research in nine projects, with plans to implement several more by the end of the year.

At the same time, the university is taking new steps to reach out to companies and government agencies.  On multiple occasions over the past year the university has invited faculty members and industry partners to research showcases and industry mixers on campus to promote its energy systems research. A regular attendee is John Zhou, vice president of clean resources at Alberta Innovates, a government agency that invests in technology development and a long-time university partner.

“Alberta Innovates has a very strong relationship with the University of Alberta. The university is constantly exploring new ideas in energy,” Zhou says.

Over the last decade, Alberta Innovates has sponsored numerous energy projects at the university, everything from solar energy and biofuels to promoting water-free extraction techniques for the oil sands. Notably, the agency, along with companies like Imperial Oil, has been a prime champion behind the university’s Institute for Oil Sands Innovation (IOSI), which researches new methods for extraction, upgrading and refining of bitumen. The university has also been working on converting bitumen and asphaltene into carbon fiber and activated carbon as part of Alberta Innovates’ new initiative called Bitumen Beyond Combustion. Here, the different parties have collaborated on research that examines alternative non-combustion uses for bitumen.

“It is important for Canada and Alberta to be a leading jurisdiction to provide environmentally responsible hydrocarbon energy to the world. We have an obligation to continue to innovate in this space and improve oil recovery while increasing sustainability,” Zhou says.

As the FES program continues to evolve, Naeth is taking steps to grow its network of government and industry partners.

Over the summer, Naeth established a government-industry advisory panel to provide input to FES projects in the future. Through the COVID-19 pandemic, FES researchers have also been sharing their work in webinars, lab tours, three-minute pitches and other videos through the program’s YouTube channel.

“The pandemic has shown us how many of the assumptions we used to make about the function of our society may change, but energy systems change has consequences for everyone and cannot be undertaken lightly,” Naeth says. “In our research we want to address the questions that government and industry have. We want them to see the research we’re undertaking is for all of us as Albertans.

By opening the door to greater collaboration, Naeth hopes Alberta’s oldest university will renew and reinforce its leadership role in finding answers to tough questions on energy and the environment.

“We have an opportunity to make a significant impact on energy research in Canada and around the world.” 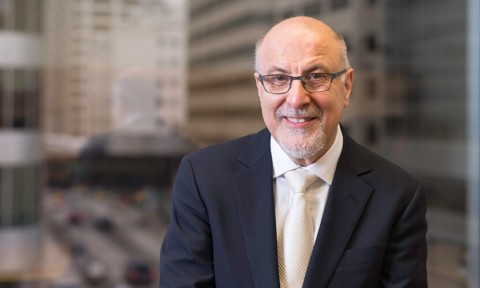 Now more than ever, advanced technologies will position the oil and natural gas industry as part of Canada’s ‘green’ recovery.