These are strange times indeed, when the price of oil — a commodity essential to world economies — appears to be worth less than nothing. On April 20, 2020, decreased demand due to the current pandemic, plus an oil glut triggered by a price war between Russia and Saudi Arabia and a lack of oil storage capacity, caused crude oil futures in both the U.S. and Canada to collapse into negative numbers for the first time ever.

It’s a reflection of fundamental economics: high supply coupled with low demand equals low prices. There is simply too much oil on global markets. Or is there? Some analysts believe commodity traders are hoarding oil in whatever storage they can find in hopes the price will go up as the world experiences a post-pandemic demand increase. In addition, oil-importing countries may be taking advantage of current low prices to import and place large volumes of oil into storage.

How did oil go negative? Spot and futures markets

There are two oil trading markets: the spot market, where actual oil is sold in real time, and the futures market where agreements for future oil deliveries — usually the next month — are negotiated. Spot markets stayed positive, reflecting the intrinsic value of oil even in these times.

Futures, however, are forward-looking: a gamble that tomorrow’s price will be higher than today’s. But because oil demand has dropped drastically, traders sold May future contracts at a loss, pushing oil futures to unprecedented low prices.

On April 20, the futures contract price for West Texas Intermediate (the North American benchmark for oil prices) for oil to be delivered in May fell to -$37.60 per barrel as traders who previously committed to buy oil for May delivery scrambled to unload it in the face of extreme low demand and associated low prices. The price went negative because of the cost of storing oil — in effect, traders paid others to take on their oil contracts so that they could pass on the cost of storing the oil.

For comparison, the futures price for June delivery was at $20.90 per barrel on the plus side, in anticipation of increased demand. (All prices are in U.S. dollars.)

According to the International Energy Agency (IEA), global oil demand in April 2020 averaged about 71 million per day (b/d), down from an average of 100 million b/d in April 2019. The IEA further indicates global demand in 2020 has decreased by about nine per cent from the same period in 2019.

However, global oil production continues, even with production cutbacks. Producers are therefore forced to store oil they can’t sell, or sell at a loss. But as storage capacity around the world fills up, even large marine transport tankers are being used for temporary storage — up to 160 million barrels according to one estimate. For Alberta producers, the situation is made worse by a lack of pipeline capacity to tidewater, so getting Alberta’s production to floating storage is not an option.

Worldwide, there are about 770 very large crude carriers (VLCC), each with a capacity of about two million barrels. Analysts estimate up to 200 VLCCs could be chartered for floating oil storage in the coming months. Rates to charter a VLCC have increased more than 600 per cent since February, to at least US$100,000 a day.

Normally, Canada exports more oil to the U.S. (virtually our only international customer) than is needed for domestic refining and petrochemical purposes, so producing provinces have developed relatively little storage capacity. Storage capacity across Western Canada is estimated to be about 75 per cent full.

The historic low oil price represents a crisis for Canada’s entire economy. More than CDN$7 billion has been cut from capital investment in Canada’s upstream oil and natural gas sector so far in 2020. Canadian producers are cutting production, estimated at about 400,000 b/d though some analysts believe the number may be 700,000 b/d and could approach one million b/d if prices remain low for an extended period. That production cut in turn affects jobs, royalties and other government revenues, and that’s not just in Alberta or Western Canada. The ripple effect is alive and well as service providers across the country, from finance and travel to engineering and technology research, are seeing revenue decreases.

The biggest solution will be increased demand as the world’s economies recover in the post-pandemic period. Canada’s oil and natural gas industry can and will be a crucial part of our country’s economic and social recovery.

Supporting health care workers and those in need part of giving back to Canadian communities. 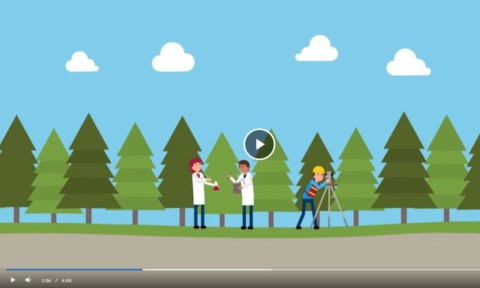