“We’re one of the few organizations in the country with a specific mandate to reduce GHG emissions and grow the economy by accelerating technological solutions.”

“We know good ideas can come from anywhere.”

You may not have heard of Emissions Reduction Alberta (ERA), but this non-profit organization is a key player: quietly working to leverage government and industry aspirations for a low-carbon future into real-world solutions that can lower greenhouse gas (GHG) emissions for Alberta, and indeed, the world.

It’s a sign of this organization’s importance that Steve MacDonald, ERA’s CEO, was in the room in Edmonton last October when the province’s United Conservative Party government announced regulations to manage GHG emissions.  In addition to setting new standards, the government’s new Technology Innovation and Emissions Reduction (TIER) system reinforces the province’s strategy of investing industry funds in emission-cutting technologies.

MacDonald stood alongside industry leaders to show support—and because the government-funded agency carries serious clout in any plan to tackle the province’s GHG emissions.

“We’re one of the few organizations in the country with a specific mandate to reduce GHG emissions and grow the economy by accelerating technological solutions,” says MacDonald, who’s had executive roles in various government ministries, including Innovation and Energy, before becoming ERA’s CEO in late 2015.

But it’s not just its mandate that sets ERA apart. It’s also the track record behind ERA, which this past year celebrated a decade of innovation.

ERA originally launched in 2009 as the Climate Change and Emissions Management Corporation (CCEMC).  From the start, its creation signaled a home-grown approach to tackling climate change: large Alberta industrial emitters would be required to reduce their GHG emissions intensity by a certain percentage. Where they’re unable to reach the target, companies would have the option to buy carbon credits or pay $15 a tonne into a new Climate Change and Emissions Management Fund (CCEMF).

“The agency was created to be the mechanism for using these dollars to reduce GHGs by investing in clean technologies that improve Alberta’s competitiveness in a lower carbon world,” MacDonald explains.

Since then, first as CCEMC and later as ERA (it was renamed as Emissions Reduction Alberta in 2016), this board-governed arms-length organization has been investing industry dollars from the carbon price (now up to $30 a tonne of carbon) to promote development of emerging clean technology solutions in the province.

So, how is this mechanism working?

The numbers are impressive. So far, ERA has directly committed $534 million to 161 projects worth more than $4 billion. These projects are part of a diverse portfolio aimed at creating cleaner oil and natural gas, low-emitting electricity supply and demand, low-carbon industrial processes and products, and food, fibre and bioindustries. Altogether these investments are estimated to deliver a cumulative GHG reduction of 33 million tonnes of carbon dioxide (CO2) by 2030. That’s the equivalent of taking 7.1 million passenger vehicles off the road. These investments will also lead to the creation of more than 20,000 person-year jobs and contribute almost $3 billion to Alberta’s GDP by 2024—these numbers increase to 30,000 and $4 billion across Canada.

Within the province’s innovation space, ERA fills a critical role where the need for large capital funding sources to scale up, demonstrate and deploy technology projects remains a major barrier—especially in Alberta’s current economically challenged economy.

“Technology development can be very capital intensive. It takes time and faces many challenges along the road to commercialization. We’re helping innovators to address these challenges,” says Mark Summers, ERA’s executive director of technology and innovation.

ERA funds later-stage clean technology projects that reduce GHGs and help Alberta industries become more competitive. Each project is selected through a competitive request for proposals, in collaboration with partner organizations. ERA works closely, for example, with Alberta Innovates and Petroleum Technology Alliance Canada to support a breadth of oil and natural gas technology solutions. In addition to contributing direct dollars, the ERA approach involves leveraging industry funds. For every dollar committed by ERA, the organization estimates more than $6 has been invested by funding partners.

“We know good ideas can come from anywhere. So, we can and do fund a diverse range of innovators, from large industries to small and medium-sized enterprises, research organizations, and municipalities. The portfolio represents a range of technologies, and what unifies them is that they are all great ideas that can help Alberta be successful in a low-carbon world,” Summers says.

“Since the industry is the largest source of GHGs in Alberta, this area of innovation has the potential to make a significant impact in the province,” Summers explains.

Projects having an impact

One of those projects is taking place at MEG Energy, which received $10 million in ERA funding in 2018. The oils sands producer is in the later stages of piloting a new in situ production innovation. The system, called enhanced modified vapour extraction (eMVAPEX), improves on existing steam-intensive methods by adding light hydrocarbon into the oil formation. The goal is to improve the company’s steam-oil-ratio (SOR), free up steam to apply to new wells, and increase overall production. The result? Overall GHG emissions intensity could be reduced as much as 43 per cent.

In the spirit of spurring on clean hydrocarbon solutions, ERA also sponsored the $35-million Grand Challenge: Innovative Carbon Uses to complement its investments in carbon capture technologies. Since launching this funding competition five years ago, ERA has encouraged companies from around the world to bring forward new carbon dioxide utilization technologies. In October, ERA concluded the third and final round of the competition by awarding $5 million each to two companies—Mangrove Water Technologies and CarbonCure Technologies—to support commercialization of their technologies in Alberta.

For MacDonald, it’s all part of what ERA describes as its “carbon positive” response to the climate challenge.

“We recognize there’s an energy transition going on. In Alberta, we have some strong competitive advantages—people, feed stock, industry—we can leverage to be successful in a low-carbon future,” he explains.

Certainly, ERA’s broad-based, positive model for action has been successful. The number of projects in ERA’s portfolio is continually increasing. More projects—like MEG’s eMVAPEX technique—are maturing and getting close to commercialization. And ERA’s stature continues to grow at home and internationally. They are currently reviewing projects as part of a funding opportunity that looks to unlock innovation across Alberta’s natural gas value chain.

“There’s an increasing recognition that what we are doing in Alberta with ERA is both world-class and relevant,” MacDonald says. He regularly receives calls from leaders and innovators across Canada, the U.S. and Europe wanting to know more about ERA’s processes and projects.

In fact, it could be even argued ERA’s solutions-based approach to clean technology investment and development could be just what’s needed more than ever in today’s polarized environment.

As MacDonald says: “Albertans have always been up to the challenge. If you look at the whole history of oil and gas innovation, success has been achieved by focusing on what is possible. Today we have to get back to that mindset – what’s possible if we embrace innovation and deliver the solutions that ensure Alberta continues to be a world leader in the energy systems of the future.” 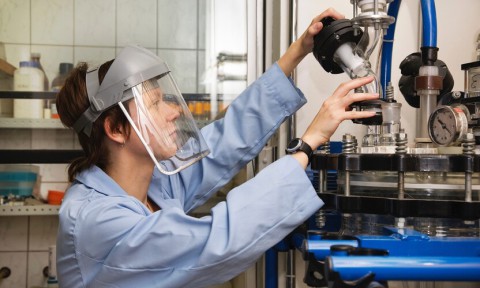 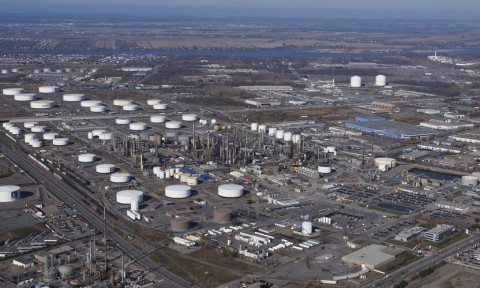 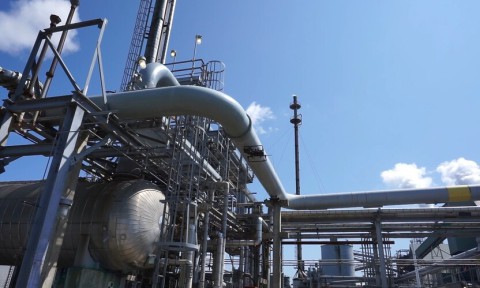