Ingenuity has defined the industry from its very start – in Ontario.

“The oil industry has been about ideas and problem solving from the get-go,” says Charlie Fairbank. “It’s a legacy Canadians can be proud of and it continues to this day.”

Fairbank is the fourth generation of his family to own Fairbank Oil Fields, a 160-year-old oil development located near the community of Oil Springs, about 26 kilometres southeast of Sarnia, Ontario.

Once upon an oil well

You may be surprised to learn the Canadian oil industry started in southwestern Ontario. Indigenous people in the region had long known about the presence of thick oil, which they used for medicines. In 1844, Alexander Murray, a geologist with the Geological Survey of Canada, reported finding petroleum in cavities within limestone in the area now known as Oil Springs.

Initially, oil was harvested and refined to make asphalt. Soon however, a large market developed for oil-derived compounds for lighting businesses, homes and streets – displacing whale oil. With growing demand for petroleum products, the race was on to develop commercial operations and Ontario’s oil boom was underway.

John Henry Fairbank came to Ontario from New York. In 1861 he found work as a surveyor in the Oil Springs area, which was bustling with oil seekers. He joined their ranks when he drilled his first well in July 1861. He kept buying land and drilling wells: by 1900 Fairbank was Canada’s biggest producer, pumping some 24,000 barrels a year.

It’s a legacy that continues to this day.

An innovative industry from the get-go

From figuring out how to drill deeper wells to fashioning unique equipment on the spot, Ontario’s early oil developers sparked an entire Canadian industry based on ingenuity and know-how.

Christina Sydorko, Educational Program Co-ordinator at the Oil Museum of Canada says, “Wells could be hand-dug to a depth of 40 feet but oil developers had to access deeper deposits, and that meant inventing new drilling techniques. Local entrepreneurs were up to the task.”

As wells delved ever deeper and production increased, Ontario’s ‘hard rock oilers’ collectively developed ideas and technologies to make drilling, recovery and transport more efficient. These pioneers set their minds to solving one technical challenge after another, attracting international attention.

For instance, as early as the 1850s, local blacksmiths worked on-site with oil men to fashion unique tools and equipment. In 1863, Fairbank devised a multiple-well pumping system he called jerker lines, wooden rods that connected many wells to one steam engine (previously, each well required a dedicated engine to operate the pump). This production method is still in use today to produce oil at Fairbank Oil Fields, which has supplied oil to Imperial Oil’s Sarnia refinery since 1880.

Another Canadian invention: rotating drill bits. The early spring pole drilling method, which literally punched through the rock, was gradually adapted to rotate a bit through rock layers. This technology was superior to the chain-driven method widely used in the U.S.

Beginning as early as 1873, Ontario’s expert drillers were in demand around the world. With their knowledge about how to drill, extract, store and transport oil, Canadian experts reached 86 countries before World War II. Petrolia’s Oil Well Supply Company exported its tools and equipment to countries including Iran, Borneo, Arabia, Sumatra, Russia and Ukraine. William McGarvey took the Canadian drilling system to Poland in the early 1880s.

As the world moved from steam power to electricity, oil producers switched too. Electricity came to Oil Springs in 1918 and the huge steam boilers formerly used for pumping oil to the surface were replaced with electric pumps. Oil production in Ontario was among the first industries to utilize hydroelectric power generated from Niagara Falls.

Charlie Fairbank himself continues the legacy of innovation. His home in Oil Springs — built in 1888 — today uses geothermal energy for heating and cooling. Even the 1913 barn, which needed a new foundation in 2003, now has in-floor radiant heating to protect newborn lambs from the cold. Fairbank Oil also uses a new gravity-feed disposal well system for water produced and separated from the oil, replacing the previous electrically driven pumping system.

Attention eventually turned to Western Canada with significant oil discoveries at Turner Valley, Alberta in 1914 and at Leduc, Alberta in 1947, then to commercial development of the oil sands starting in 1967 and Atlantic offshore discoveries in 1969. The spirit of finding solutions to technical, engineering and environmental challenges established in Ontario in the 1860s continues today in Canada’s upstream natural gas and oil industry.

Today, Fairbank Oil Fields is both a producing oil development and a dedicated historical preserve. It’s a complete system of 19th century oil production that is intact, authentic — and operating. Using vintage equipment from the 1860s, Fairbank still produces about 24,000 barrels of oil annually from 350 wells with an average depth of 118 metres, each producing about one-fifth of a barrel daily.

“It’s low volume but very consistent,” says Christina Sydorko. “And all production goes to the Imperial refinery in Sarnia, so it’s part of the refinery’s output.”

Did you know?
In April 1880, several Ontario oil producers and refiners in the Oil Springs area formed Imperial Oil, to keep J. D. Rockefeller’s powerful Standard Oil out of Canada. That ploy succeeded for a time but in 1898 Standard Oil bought Imperial and moved its main operations to Sarnia. Esso, the company’s retail branch, takes its name from the ‘S’ and ‘O’ of Standard Oil.

“Due to local geology we can’t use modern technology to pressurize the reservoir, so the original production equipment continues to be the best way to recover oil from this deposit,” says Charlie Fairbank. “Converting to modern pumpjacks wouldn’t produce more oil but would cost a lot more, including triple the power consumption, and save the labour of only one person: me.”

Designated in 1925 as a National Historic Site, Fairbank Oil Fields and the Oil Museum of Canada today work together to bring Canada’s early oil industry to life.

“Credible information sources like Fairbank and this museum help generate industry support based on education,” says Sydorko. “It’s also about ongoing pride in the industry wherever we find it today — here in Ontario, in the West, and Atlantic offshore. Canada’s oil industry has tremendous heritage and a long tradition of creativity and innovation. We’ve been international industry leaders for more than a century.”

Learn more!
The Oil Museum of Canada and Fairbank Oil Fields have excellent websites providing much more detail about the innovative technologies developed through the dynamic early days of Canada’s oil industry in Ontario. And if you’re in the area, take a driving tour of the site. Watch the websites for updated information about opening and operating hours, pending COVID restrictions.

“Fairbank Oil is a preserved pocket of 1860s technology,” says Sydorko. “What happened here had international significance for developing and exporting expertise, paved the way for further development of Canada’s industry and set the bar for ingenuity.”

The county-run museum and the private business of Fairbank Oil have joined forces to seek status as a UNESCO World Heritage Site.

Obtaining UNESCO designation is no simple process. The site requires expert evaluation from two groups, the International Committee for the Conservation of Industrial Heritage and the International Council on Monument and Sites. A small international conference is planned for Sarnia and Oil Springs for August 2021, giving an opportunity for on-site assessment of the still-operating historic equipment.

“It’s like looking for fossils and finding a living, breathing dinosaur,” says Fairbank. “Our site is an operating, producing legacy that transcends individuals. It’s the collective creation of everyone who ever worked here.” 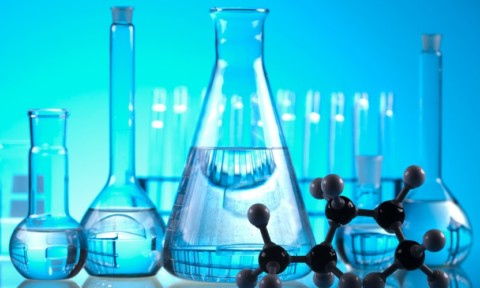 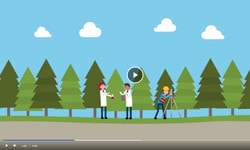