The oil sands industry is a major economic driver in Alberta and across Canada, producing a valuable product called bitumen. However, due to a feature of Alberta’s current pricing structure for bitumen called the Bitumen Valuation Methodology (BVM), raw bitumen exports are favoured over upgrading, refining, or otherwise adding value, which results in stifled investment in upgraders and refineries and other technologies within the province that would create jobs and grow government revenue.

Why is this happening? First, here’s some background on bitumen.

Bitumen is the raw material produced from oil sands operations – it’s a thick, heavy hydrocarbon. It can be turned into crude oil at a facility called an upgrader, or into refined products like gasoline and jet fuel at a refinery.

If bitumen is exported, it must be transported—typically through a pipeline. With a natural consistency similar to peanut butter, bitumen must be diluted with a lighter hydrocarbon (called diluent) to make the bitumen liquid enough to flow through a pipeline. This bitumen-plus-diluent product is called ‘dilbit’ – the lighter hydrocarbon makes up about 30 per cent of the total volume. Put another way, this means that for each barrel of bitumen a producer wants to ship on a pipeline, nearly half a barrel of diluent is required.

Some oil sands operations – called integrated facilities – not only produce bitumen but also upgrade it as part of the same operation, to make synthetic crude oil. Upgrading bitumen in Alberta creates jobs, investment and government revenues, and creates products with higher market value than raw or diluted bitumen.

Market factors should drive the business decision for shipping dilbit directly or for upgrading it first and then exporting the upgraded products. But there’s a problem: there’s an artificial factor that discourages upgrading.

Today, unprocessed dilbit makes up almost two-thirds of the oil sands’ production – only about one-third is upgraded in Alberta. This has been a big change since 2009, when almost two-thirds of produced bitumen was upgraded in Alberta. Since most dilbit is exported to U.S. refineries for upgrading and processing to make diesel, gasoline and other fuels, in essence, Canada’s opportunity to create jobs is being exported to the U.S. along with that dilbit.

In 2009, Alberta implemented the Bitumen Valuation Methodology (BVM) to calculate royalties that integrated oil sands operators pay to the government. BVM was meant to temporarily set a value on upgraded bitumen until a market-based approach could be implemented. But since it was implemented, BVM has remained virtually unchanged.

BVM sets an artificial price – an estimated value for bitumen that is not sold to a third party but is instead sent to a producer-owned upgrader to be upgraded into synthetic crude oil. Royalties paid to the provincial government by operators that upgrade their produced bitumen are based on that estimated price. Meanwhile, producers who export bitumen pay royalties on the actual price they sell it for.

The problem is that the artificial price set by BVM is consistently too high compared to the actual value of selling that bitumen to the market. That means integrated oil sands producers are paying higher royalties for the same bitumen another producer sells to a third party. As a result, BVM encourages producers to sell low-value, non-upgraded bitumen instead of upgrading it in Alberta. This discourages expanding existing upgraders or building new upgraders in the province: investments that would create jobs.

In effect, BVM penalizes operators who create a value-added product in Alberta. That’s why producers have been reluctant to expand existing upgrading capacity or build new upgraders over the past decade.

As a result, ordinary Albertans are missing out on good, high-paying jobs. Alberta’s resource – which belongs to all Albertans – is being sold at lower prices instead of being upgraded to create higher-value products we can consume or sell for a higher price.

BVM is costing Alberta jobs and opportunities. Major construction projects have been stiﬂed: the last new greenfield oil sands development was sanctioned in 2013 – nearly a decade ago. Plans for new upgraders or expansions of existing upgraders in Alberta have been shelved. At the same time, oil sands companies have invested more than $18 billion in upgraders and refineries in the U.S.

Removing BVM and implementing a methodology that reﬂects the true market value of bitumen is among the most important change the government can implement to enable market-based investments in adding value to Alberta’s resources. Upgrading more bitumen in the province will mean long-term prosperity in Alberta. Increased government revenues will support health care, education, infrastructure and social programs, and help reduce the province’s deficit.

The Canadian Association of Petroleum Producers (CAPP) and member companies are asking the Government of Alberta to remove BVM and to adopt a target to upgrade at least 50 per cent of our existing production of bitumen in the province in the next 10 years. This could result in in investments to create over 500,000 barrels per day (b/d) of additional upgrading in Alberta, creating 30,000 construction jobs and 11,000 permanent jobs, and generating government revenues up to $700 million annually over 30 years.

At the stroke of a pen, the Alberta government can fix a barrier that threatens Alberta’s prosperity and economic recovery.

Canada’s #1 export – and why it matters

How the oil sands benefit all of Canada 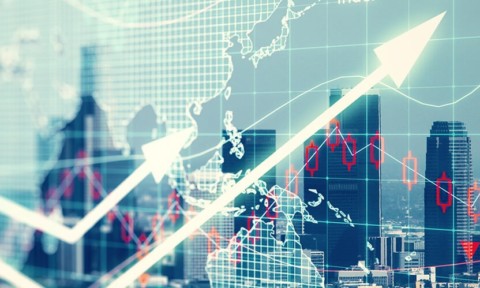 Rising costs and increasing competition from the U.S. and around the world has energy experts calling for a Team Canada response. 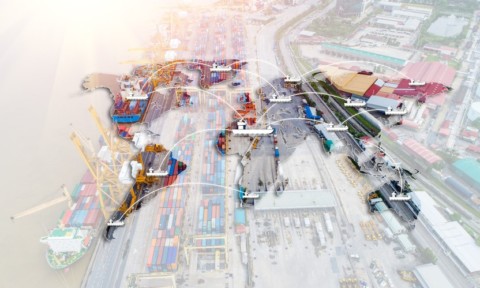 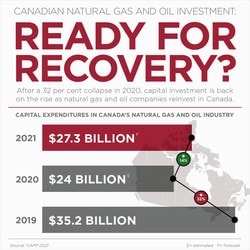