The Encana program involved the installation of SlipStream® vent gas capture units. The units capture vent gas and redirect this gas into the compressor engine’s air intake to help fuel the engine.

The project was successfully wrapped up in September of 2014, with all vent gas capture systems operational. By redirecting the gas to fuel the engines, the project can recover about 175 million cubic feet of natural gas per year, reduce emissions by more than 69,000 tonnes of CO2 equivalent annually, and generate $1 million per year in carbon offsets.

The project received funding from Climate Change and Emissions Management Corporation (now called Emissions Reduction Alberta). The technology was developed by REM Technology Inc., a division of Spartan Controls, based in Calgary.

Correction notice 10/16/2017: This story was initially published saying that 175,000 cubic feet of natural gas could be recovered each year, and has been updated to reflect the correct number of 175 million cubic feet.

Oil and natural gas activity occurs in 12 of Canada’s 13 provinces and territories and is a key provider of employment opportunities for Canadians. 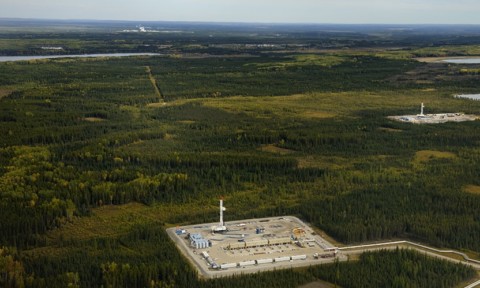