Trans Mountain must be approved: CAPP

The Canadian Association of Petroleum Producers (CAPP) issued a statement on the Trans Mountain Expansion Project (TMEP) today in advance of the Government of Canada’s expected announcement on June 18:

The Trans Mountain Expansion Project must be approved and its construction must begin early this summer. If the project gets stalled until after the October election, we will miss the construction season which means at least another year of delay. Not only does this equal additional costs for the project, it further delays the thousands of jobs TMEP will create and compounds the loss of revenues, currently estimated at $80 million per day, to the Canadian economy from lack of market access.

If a decision is made to further delay the TMEP, it will signal that Canada is closed for business. It poses a very serious risk to all Canadians – hindering employment, innovation and technology development.

Canada can play a global leadership role in offering responsibly produced energy, while attracting investment, spurring innovation, creating jobs and economic benefits across the country. The Trans Mountain Expansion Project could be one part a long-term solution to show investors that Canada can offer opportunities for future growth and prosperity. 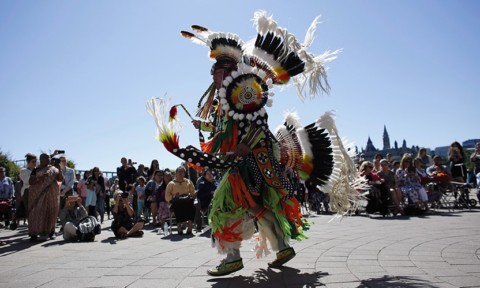 A day for all Canadians to celebrate the unique heritage, diverse cultures and outstanding contributions of First Nations, Metis and Inuit Peoples.

Choice to defeat Bill C-48 in the Senate is in the best interests of Canadians over politics: CAPP