Experts in turning greenhouse gas CO2 emissions into profitable, sustainable and commercial materials descended this week on Calgary for the 13th Carbon Dioxide Utilization Summit. About 50 of the summit delegates took time to tour the Alberta Carbon Conversion Technology Centre (ACCTC) during their visit. The ACCTC is one of the ways Canada is establishing itself as a global leader in carbon utilization.

Carbon capture and utilization is an emerging group of technologies that are gaining prominence as more and more industries—including oil and natural gas—become interested in the potential to turn greenhouse gas emissions into valuable products. Some see the approach as a potential innovation game-changer and ultimate win-win: companies can help prevent climate-change causing greenhouse gas emissions, while at the same time creating a new revenue stream of carbon-based products that will help defray the cost of the technologies—or possibly generate a profit.

One of the ways Canada is working to become a leader in this space is through the NRG COSIA Carbon XPRIZE. This is a $20 million XPRIZE competition that challenges innovators from around the world to develop breakthrough approaches to carbon utilization. The Carbon XPRIZE is partly sponsored by Canada’s Oil Sands Innovation Alliance, a one-of-a-kind industry-led organization that facilitates collaboration and sharing of environmental performance technologies among Canada’s oil sands producers.

The NRG COSIA Carbon XPRIZE entered its final phase with the announcement of 10 finalists last spring. The finalists are in the process of testing their technologies at the ACCTC.

Once the Carbon XPRIZE competition wraps up, the ACCTC will continue to be used to host innovators from around the world looking to test breakthrough carbon conversion technologies at an industrial, real-world scale. The attendance of delegates from the Carbon Dioxide Utilization Summit signals international interest in the ACCTC, and Canada’s potential to become a world leader in cleantech innovation.

Delegates were hosted by Ian Ramshaw of ConocoPhillips Canada. He helps lead his company’s support of the Carbon XPRIZE and ACCTC. At the event, Ramshaw noted, “The NRG COSIA Carbon XPRIZE is a catalyst for accelerating the growth of carbon utilization so the legacy of the ACCTC can live on. 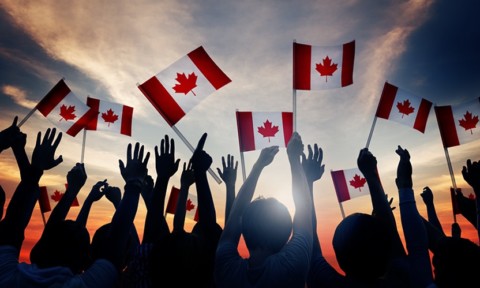 According to Global Affairs Canada, Canadian cleantech oil and gas companies are leading the charge in terms of hydrocarbon environmental competitiveness.