Bill C-48 is proposed federal legislation by the Government of Canada that would ban tanker traffic off the coast of northern B.C. Tim McMillan, president and CEO of the Canadian Association of Petroleum Producers addresses the Standing Senate Committee on Transport and Communications on why this bill is not needed, lacks scientific basis, and would cause harm to investment, jobs and economic growth, including to Indigenous communities who are looking for economic reconciliation through resource development, many of whom have voiced opposition to this bill. Footage courtesy Government of Canada.

You can watch the entire presentation here, including questions and answers with senators on the committee, as well as a presentation by Robert Lewis-Manning, president of the Chamber of Shipping. 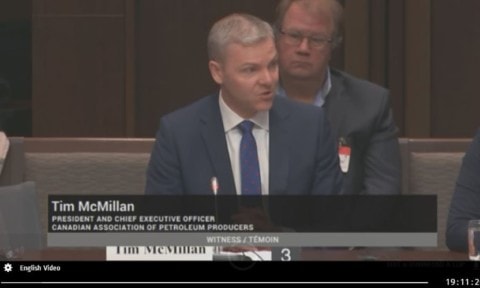 The government’s bill to change how major projects like pipelines are reviewed would drive away investment says CAPP.

Judgment restores balance between environmental obligations and creditor interests that existed before the case.