The federal government says the Trans Mountain pipeline has earned net income of $29 million from operating revenues of $728 million in the 19 months since the government purchased the pipeline from Kinder Morgan Canada.

Analysis conducted by the Parliamentary Budget Officer also indicates the existing pipeline had operating expenses of $366 million, financing costs of $223 million and a $172 million depletion and depreciation expense. These costs were partly offset by a $61 million tax recovery, due to a decrease in Alberta’s corporate tax rate, for the period ended March 31, 2020.

The federal government bought the pipeline for $4.4 billion amid legal, political and activist barriers and protests aimed at halting the Trans Mountain Expansion Project. At the time of purchase, the government indicated that while it would pick up the construction of the project, it plans to eventually sell Trans Mountain back to private owners.

The pipeline is currently owned on behalf of the federal government by Canada Development Investment Corp. and operated by Trans Mountain, which is also responsible for construction of the expansion project.

In November 2019, the Institute for Energy Economics and Financial Analysis claimed Trans Mountain receives hundreds of millions of dollars in direct and indirect federal and provincial government subsidies. However, the federal Department of Finance responded that the government does not consider any part of its investment in the pipeline to be a subsidy.

Canada makes commitment to be a global energy supplier

Trans Mountain a win for Canada and First Nations 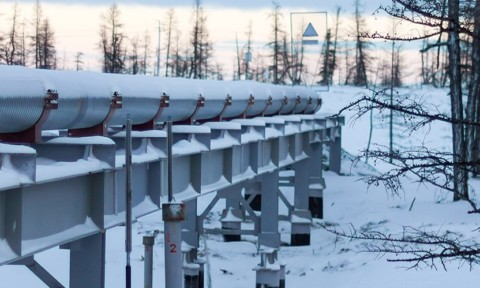 We can get Canadians back to work by leveraging the sector’s leadership in environmental protection and its export potential.