Liquefied natural gas (LNG) can help lower global greenhouse gas (GHG) emissions when it’s used to displace higher-emitting coal for power generation. (Coal produces as much as double the emissions). What’s more, Canadian liquefied natural gas (LNG) exported off the West Coast would produce fewer greenhouse gases per unit of energy than other LNG sources around the world. That’s according to a Government of Canada study which highlights factors like the use of electricity from clean sources like hydro to power the liquefaction process, and Canada’s generally cooler climate compared to exporters like the United States, Australia and Qatar.

It’s a strong reason to build more Canadian LNG facilities. In fact, based on expected GHG reductions of 100 megatonnes of CO2 equivalent (MtCO2e) per facility, if Canada were to build five facilities and gain 50 percent international carbon offset credits from importing nations, we could meet our Paris commitment for GHG reductions through LNG alone. 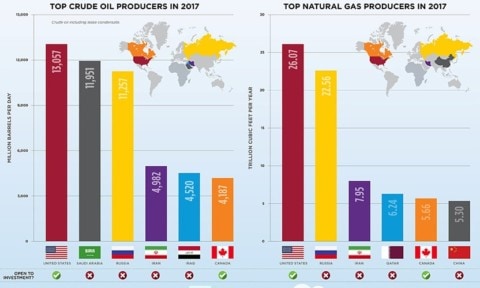 Where does the world’s oil and natural gas come from?

Canada is a leading producer of oil and natural gas, and one of the few with strong environmental standards. 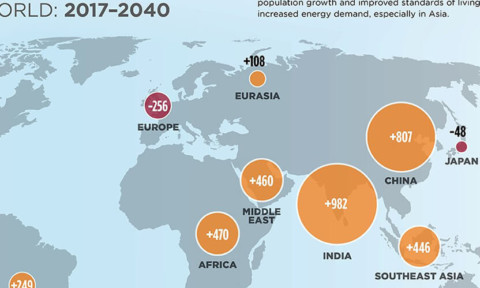 Growth in energy demand by region

Over the next 20 years, energy demand is set to rise due to population growth and improving standards of living. 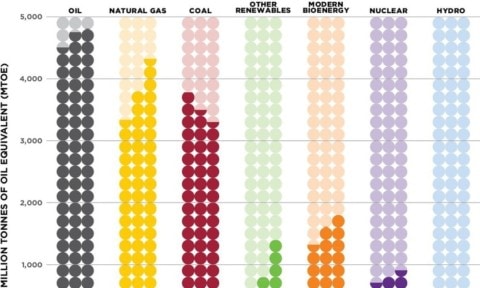 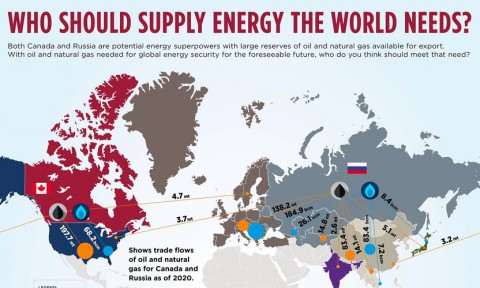 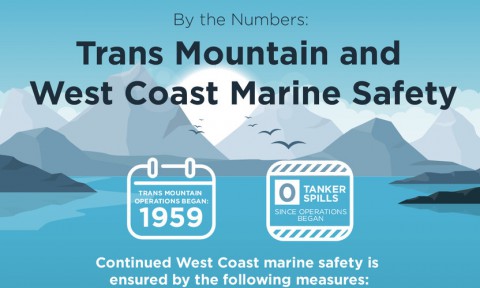