Reclaiming wetlands is an industry priority—but as Suncor scientist Joshua Martin explains, it’s not as simple as ‘just add water.’

How do you reclaim a wetland? That’s a question Joshua Martin grapples with every day. And it’s not as easy as digging a hole in the ground and adding water and plants.

“You’ve got to get the hydrology just right,” says Martin. “That requires some very particular conditions. You need to have the right nutrient balance, and the right amount of water coming into and out of the system.”

One of the projects Martin is working on is an innovative pilot program to build a peatland from scratch: something that has ever only been tried by one other company before in the world.

The science and art of reclaiming wetlands

Martin is senior technology advisor for aquatic closure at Suncor Energy. As a scientist and wetland reclamation practitioner, it’s his job to help return land that’s been disturbed to a natural state after the conclusion of oil sands operations: a process called reclamation. In particular, Martin works on developing new, innovative technologies for reclaiming wetlands. (Wetlands are water-inundated landscapes such as bogs, fens or marshes).

Land reclamation is something oil and natural gas companies take seriously. In many cases, it’s ensuring that a wellhead is capped, all equipment is removed and trees and grasses are replanted. If a large area of land is disturbed, such as for an oil sands mining operation, companies will preserve the soil before mining, and collect seeds from local trees and shrubs to ensure the native vegetation can be replanted. The goal is to return the land to a natural state similar to what existed prior to the disturbance.

Wetlands take the challenge to an even higher level.

“Returning wetlands to the reclaimed landscape is not as well understood as reclaiming uplands,” says Martin.

Land Reclamation: It's the law

Oil and natural gas companies are required by provincial regulations to return lands they disturb to a natural state.

Oil and natural gas companies are required by provincial regulations to return lands they disturb to a self-sustaining natural state as close as reasonable to its original condition. Reclamation includes:

“While there’s a large body of knowledge concerning the reclamation of uplands that’s been accumulated over decades by the forestry and oil sands industries—the same can’t be said for wetlands.”

This is particularly true of peatlands—a kind of wetland characterized by the formation of a peat layer along the surface. Peatlands—which include fens and bogs—make up about 50 per cent of the wetlands found in the boreal forest where Canada’s oil sands exist.

“Peatland reclamation – where you’re creating the entire watershed and landscape from scratch—it just hasn’t been done, and especially to the scale that we’re doing it in the oil sands,” says Martin.

One of the key projects Martin is working on is the Nikanotee Fen, a pilot project being used to test out a novel approach to making a fen peatland.

Building on work that began with the Cumulative Environmental Management Association (CEMA), Martin and his team collaborated with University of Waterloo professor Dr. Jonathan Price to conduct the groundbreaking research.

“Dr. Price developed a model based on natural fens and the hydrology of those systems,” says Martin. “Based on the model, we figured out what materials we could use to construct a fen and how to arrange them.”

Martin notes that the key is ensuring materials used to construct the fen have the right water-conducting properties to draw water to where it is needed. At the 2.9 hectare Nikanotee Fen, Martin and his team have, for example, added a sloped embankment of coarse tailings sand which helps trap rainfall in the ground instead of letting it run off. Underneath the fen, they’ve introduced an underdrain—a layer of carbon-rich solid material that helps to draw the water down and under the fen as groundwater.

Construction of the fen was completed in 2013, and Martin and his team are currently assessing the fen’s ability to hold water, while evaluating different approaches for planting and growing native wetland plant species there. Their findings will inform larger reclamation projects down the road.

Martin is proud of the work, and grateful for the opportunity to be on the leading edge of wetland reclamation research.

Combining oil sands and a love of wetlands

Growing up in Chatham, Ontario, Martin wasn’t familiar with the oil sands industry. He admits he never gave the industry much thought.

That changed when Martin was a second-year biology student at the University of Windsor. He was interested in travelling and seeing new places, and decided to take a summer job as a research assistant, helping graduate students conduct wetlands research within the oil sands near Fort McMurray, Alberta.

“This was in 2005, back before the oil sands became more known nationally,” Martin notes. He says that at the time he had never heard of the oil sands or Fort McMurray, and had to pull them up on a map to find out where they were.

The Importance of Wetlands

Why are wetlands an important part of the ecosystem? There are a few reasons:

After working there for a summer, he discovered that he enjoyed the work and became interested in returning.

“It just seemed there was a lot of opportunity for someone in my field—there was so much environmental research going on related to the oil sands,” says Martin. He returned for a second summer and then signed on to do his graduate research in the region. He joined Suncor in 2010, shortly after graduating with a Masters degree in biology.

Martin’s interest and appreciation for wetlands began much earlier. As a child, he lived very close to a National Wildlife Area. He joined Greenwings, a Ducks Unlimited program for youngsters, and also spent time working with a local wildlife conservation officer tagging ducks for population studies.

He was also inspired by his uncle, a botanist by training living in Oxford, England.

Proud to make a difference

As someone who has always appreciated nature and the outdoors, Martin is glad to be working for an industry in Canada that prioritizes environmental sustainability. He also finds working collaboratively with local communities and stakeholders very rewarding.

This includes consulting with Indigenous communities who have a particular interest in seeing wetlands returned to the landscape.

Another project Martin is involved in is the development of protocols and best practices for growing wetland plant species in greenhouses and nurseries, to be used in future wetland reclamation. To decide what species he should focus on, he first consulted with local Indigenous communities.

“It just seemed there was a lot of opportunity for someone in my field—there was so much environmental research going on related to the oil sands.”

“We brought together five First Nations and one Metis community and asked them ‘what species would you like us to put back on the reclaimed landscape?’” says Martin.

Working together they made a list of ten species and now Martin is doing research to evaluate the best approaches for growing and planting these plants in reclaimed sites.

“It’s important work,” Martin emphasizes, “They’re the ones who are going to be using the land after we’re done.”

Having worked with Suncor for seven years, Martin is grateful for the unique opportunities he’s been given as a scientist and researcher working within Canada’s oil sands industry.

“I’m proud of what I’ve accomplished in a fairly short period time,” says Martin, noting that he’s gotten to this stage of his career while dealing with some personal challenges including being on dialysis while waiting on the kidney transplant list.

Martin adds that as someone who didn’t grow up with much knowledge of the industry, he’s come to appreciate just how progressive and responsible Canada’s oil sands producers are.

“There’s a lot of great people in the industry who really do care about the environment—they really care about the impact we’re having and really want to make a difference. They’re working to genuinely make things better.”

It’s fair to say that Joshua Martin fits into this category—a dedicated scientist doing his part to make a difference for the environment and Canada’s oil sands industry.

Josh's dad is proud of his son's work restoring wetlands, even if he's fuzzy on some of the technical details

Can your spouse or parents explain what you do for a living? It can be a challenge if you have a very specialized or technical job, like, for example, reclaiming peatlands disturbed by oil sands operations to a self-sustaining hydrology with native fen species. In this video, Joshua Martin’s father does a pretty good job talking about what his son does for a living. More important is the pride he shows in having a son who is making a difference on behalf of industry and the environment. 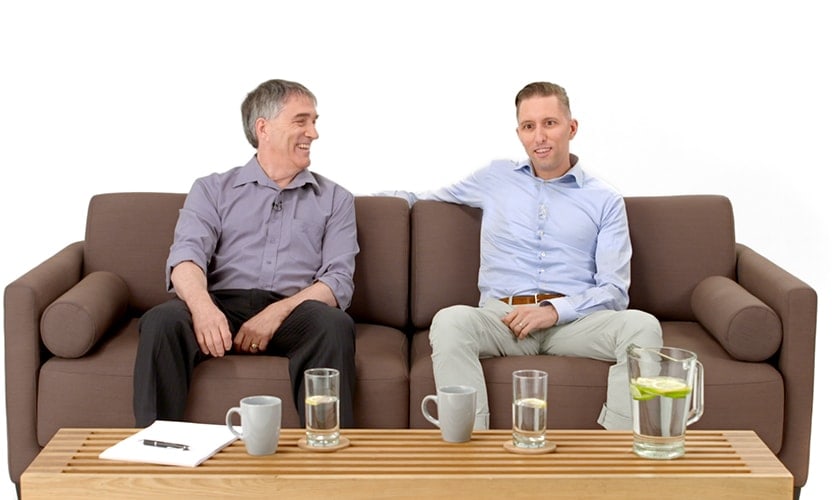 Like this? You can meet more oil and natural gas environmental innovators and the people who inspire them at www.energytomorrow.ca.
Tags:

What is the proposed Bay du Nord project?