Can we grow Canada’s oil and natural gas industry, increasing economic benefits for all Canadians, while still reducing greenhouse gas emissions? It is possible, notes a new report by the Canadian Association of Petroleum Producers (CAPP): provided climate policies are efficient and focus on supporting investment and innovation.

The report highlights a problem: currently, inefficient and duplicative climate policies are working to discourage investment in Canada’s natural gas and oil industry. This is prompting companies to move operations to other countries with little or no emissions-reduction programs. The net result of such shifting production will be to increase future global emissions.

This phenomenon, known as carbon leakage, jeopardizes global GHG emission-reduction targets and prevents the world from accessing Canada’s responsibly produced energy. At the same time, Canadians are deprived of the social and economic benefits that come from a thriving natural gas and oil industry in Canada.

INFOGRAPHIC: Only one of the top 10 oil producing nations has placed a price on carbon. Can you guess who?

CAPP’s report, Competitive Climate Policy: Supporting Investment and Innovation, recommends an approach that supports investments into environmental innovations and technology. Such policies will do a better job of helping Canada and the world decrease global GHG emission—which should be the ultimate goal of any climate policy.

CAPP president and CEO Tim McMillan notes that Canada has already taken early action and continues to improve its environmental performance while growing the economy.

“Canada’s oil and natural gas industry are inventing and using leading edge technologies to minimize environmental impacts,” says McMillan. However continued loss of investment will curb industry development of technologies key to breaking the link between energy growth and emissions growth over time.

CAPP recommends a climate policy approach that assesses all costs, recognizing the cumulative burden of all policies and regulations, as well as corporate tax increases and royalty changes. It suggests the creation of mechanisms to protect emissions-intense, trade exposed (EITE) sectors like the upstream oil and natural gas industry—ensuring it can remain competitive, thus preventing carbon leakage, while encouraging technological advances to reduce emissions and allow for the continued growth of the sector.

Innovation is under way, including at the Alberta Carbon Conversion Technology Centre which opened May 2018. Continuing investment can help break the link between energy growth and emissions. Photo: Courtesy Innotech Alberta.

“We operate in one of the world’s most stringent regulatory environments,” says McMillan. “It’s important we have a robust regulatory framework that meets environmental goals, but we must pay attention to added costs, delays and inefficiencies so we do not risk falling further behind.” McMillan notes that Canada has already lost $56 billion in investment over the past three years with the cancellation of a number of major energy infrastructure projects.

CAPP’s report is the third in a series highlighting the economic issues facing Canada’s oil and natural gas industry, and key opportunities for Canada’s industry to be global leaders in providing responsibly produced energy for tomorrow. Download the reports here. 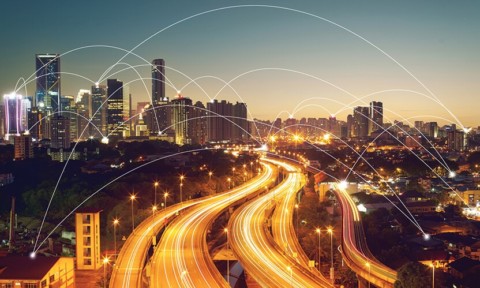 Jeremy is listening to animals to help protect their habitats.