In May 2021, the International Energy Agency (IEA) released A Roadmap for the Global Energy System to Achieve Net-zero by 2050, a report detailing global actions needed to achieve net-zero emissions by 2050. The outlook envisions a complete transformation of the world’s energy and economic systems over less than 30 years:

To achieve these goals, actions outlined in the report include:

The IEA calls for an ‘unprecedented clean technology push’ between now and 2030 to drive energy intensity down by four per cent per year. This would mean unprecedented advances in energy efficiency, plus expanded electrification (from renewable sources) and reducing methane emissions globally.

Most of the global emissions reductions from now until 2030 would come from technologies currently available (wind, solar, energy efficiency) but to achieve net-zero by 2050, almost half the emissions reductions would come from technologies currently only in the demonstration or prototype phase (advanced batteries, hydrogen electrolyzers, direct air capture and storage of carbon).

IEA executive director Faith Birol characterized the report as an outlook that merely translates the policy aspirations of many governments for limiting greenhouse gas (GHG) emissions into practical measures. However, the report’s path to net-zero is impractical at best. Unfortunately, many activist organizations and even some governments are citing the report as the only pathway that can avert climate change by 2050.

The IEA, which issues a variety of energy outlooks and its annual flagship report World Energy Outlook, is known as a credible source of data on global energy production and use. However, the actions put forward in the net-zero report are impractical, and ignore profound and widespread social, environmental and political implications that would arise if governments around the world adopted the recommended actions.

For example, in a different report released in May 2021, the IEA concluded that a global energy transition on the scale envisioned by the net-zero outlook would result in enormous demand increases for minerals such as lithium, graphite, nickel and rare-earth metals – more than 4,000 per cent for lithium alone. The necessary increase in mining around the world would result in significant environmental damage, disruptions in land and water use, and massive costs.

The net-zero report calls for an end to developing new coal-fired power generation and mines – not in 10 or even five years, but right now. However, today countries such as China and Russia continue to develop their coal resources. In 2020, China added more than three times as much new coal capacity as all other countries combined, equal to one large coal-fired electricity generation plant per week (JP Morgan 2020 Energy Outlook). This fact alone renders the IEA scenario unworkable.

The IEA’s call to end new oil developments is equally as urgent – but just last year Norway’s government pledged to invest $10 billion in new offshore oil exploration projects. Saudi Arabia, the world’s top oil producer, has also dismissed the IEA scenario; the Saudi energy minister stated, “(T)he kingdom is increasing its production capacity,” which puts the roadmap presented by the IEA even further out of step with reality.

“While it’s easy for organizations like the IEA to draft scenarios that make headlines, a successful path to net zero must be achievable and anchored in reality. In their approaches to climate change mitigation, countries have consistently prioritized lowering energy costs and improving standards of living.”

– Tim McMillan, president and CEO of the Canadian Association of Petroleum Producers

The report glosses over the fact that under the proposed scenario, oil and natural gas exporting nations would see an average 70-per-cent drop in revenues. For Canada, such a loss of revenues from exports, royalties and taxes would turn the national economy upside down and cause unprecedented social and political upheaval.

The IEA even contradicts itself. The Sustainable Development Scenario outlined in the IEA’s 2020 World Energy Outlook projected that by 2040 worldwide oil demand would be twice the level of supply from existing fields. Oil supply would be about 100 million b/d but still unable to meet growing global demand. The IEA also addressed the risk of underinvestment in oil development, noting a precipitous drop in investment and new supply development could reduce global supply by nine million b/d by 2025, opening a growing gap between oil supply and demand.

Net-zero in Canada: a pragmatic approach

Canada’s upstream oil and natural gas industry is committed to reducing emissions. This sector is the country’s largest investor in cleantech. In fact, to move toward net-zero emissions the industry requires more investment, not less, to continue development and deployment of groundbreaking emissions-reduction technologies. Advances in CCUS, and blue hydrogen produced from natural gas combined with CCUS, could be leading methods to significantly reduce emissions.

There is a vibrant opportunity ahead for Canada’s oil and natural gas sector. Our energy resources are essential not only to Canada’s post-pandemic economic recovery, but also to human progress and quality of life around the world. Reputable projections show global demand for energy will continue to grow as emerging economies build their middle class and raise citizens out of poverty. Natural gas and oil are projected to play a continuing and significant role in the global energy mix, and Canada can provide a reliable, secure, and affordable supply of needed energy resources produced with ever-decreasing emissions.

What is carbon capture, utilization and storage?

Energizing for recovery, partnering in prosperity 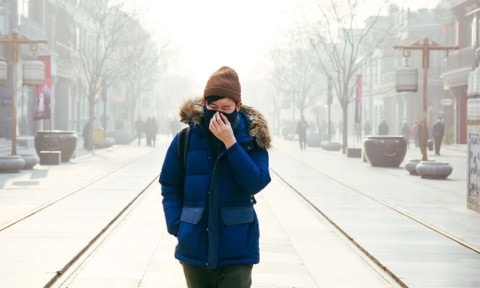 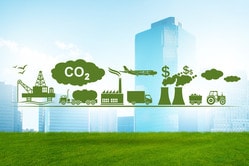