US lawmakers push for Keystone XL amid Russian aggression

President Biden cancelled major pipeline from Canada on his first day in office.

By the Canadian Energy Centre

Russian aggression against Ukraine means Keystone XL – the pipeline killed by President Joe Biden on his first day in office – is getting lots of attention from lawmakers in the US.

Over the past week, US leaders have been challenging the year-old decision to cancel the Keystone XL pipeline project, calling for its reinstatement.

Here’s what they have to say:

Congressman Rick W. Allen (GA) led a letter signed by over 40 members of Congress to Biden urging him to include in his State of the Union address a strong commitment to rebuild American energy independence by reopening the Keystone XL pipeline and spurring domestic oil production.

“We urge you to include in your speech a strong commitment to … restore the Keystone XL pipeline. America must once again be energy independent so the world is less reliant on malign actors.”

“President Biden set us on a dangerous path when he decided to kill the Keystone XL pipeline on day one in office. What’s happening in Russia and Europe is a stark reminder of the need to support American energy development, not hinder it. Energy security is national security, and a global energy dominant America is a safer world. Biden must restart the Keystone XL pipeline now.”

“Their myopic green energy policies—like killing the Keystone XL Pipeline on day one—are what funded Putin’s aggression and got us here in the first place! The Biden Admin still doesn’t get it!”

“Biden should be announcing today that we’re reopening the Keystone XL Pipeline, that we’re going to be drilling on federal lands. We need to become energy independent again—not just driving up prices around the world & fueling Vladimir Putin’s war machine.”

“Biden has shutdown the Keystone [XL] pipeline & cut off all leasing on federal lands. He is completely beholden to the far left environmentalists. The power Putin has is because he is suppling oil & gas to the world & the US is not.”

“Russia is funding their unprovoked attack on Ukraine through their oil & gas revenue. Biden needs to open up the Keystone [XL] Pipeline & cut off the spigot to Russia’s oil & gas.”

“Senator Tester was Montana’s leading champion for the Keystone [XL] Pipeline for more than a decade, and he was bitterly disappointed when the project was canceled. Senator Tester will continue to work aggressively to support responsible natural resource development that will create good-paying Montana jobs, secure our energy independence, and defend our national security.”

“@POTUS must end his war on American energy. If we do not unleash the strength of this sector by reopening the Keystone [XL] Pipeline, reversing drilling bans, and exiting the Paris Climate Agreement, we will no longer be a net energy exporter. https://www.oxfordeagle.com/2022/02/26/putins-war-on-ukraine-will-affect-us-all/ #WickerReport”

“You’ve got to go back to the very first day of the Biden Administration. When he cancelled the Keystone [XL] Pipeline, and then cut back on the drilling of oil and natural gas and restricted our energy independence. That gave Putin leverage. “

“To help aid Americans and our allies right now President Biden must:
Restart the Keystone Pipeline XL
End restrictions on federal land leases
Stop imports of Russian oil
The U.S. is fully capable of being the chief energy exporter for our allies.”

“The American people should not have to purchase Russian oil. The Keystone XL pipeline, which President Biden halted, would have produced more oil here at home than the U.S. currently imports from Russia.”

“In order for our nation to achieve energy independence and dominance, Biden must:
Impose sanctions on Russian oil and gas and lift restrictions on American oil and gas.
Reopen the Keystone XL Pipeline.
End the ban on new oil and gas production on federal land.”

If President Biden was doing everything in his power to lower gas prices, he would reverse his anti-American oil and gas policies and allow production to increase here in the United States.”

This story reproduced with permission from the Canadian Energy Centre Ltd. 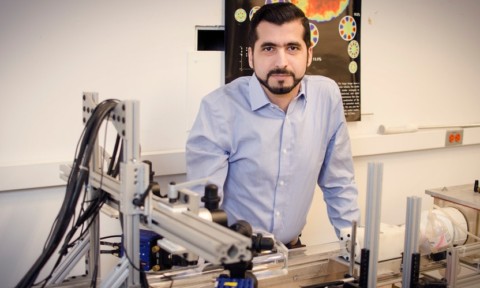 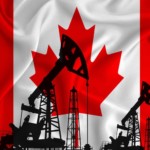 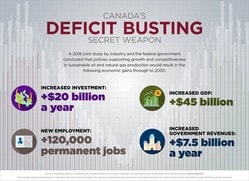